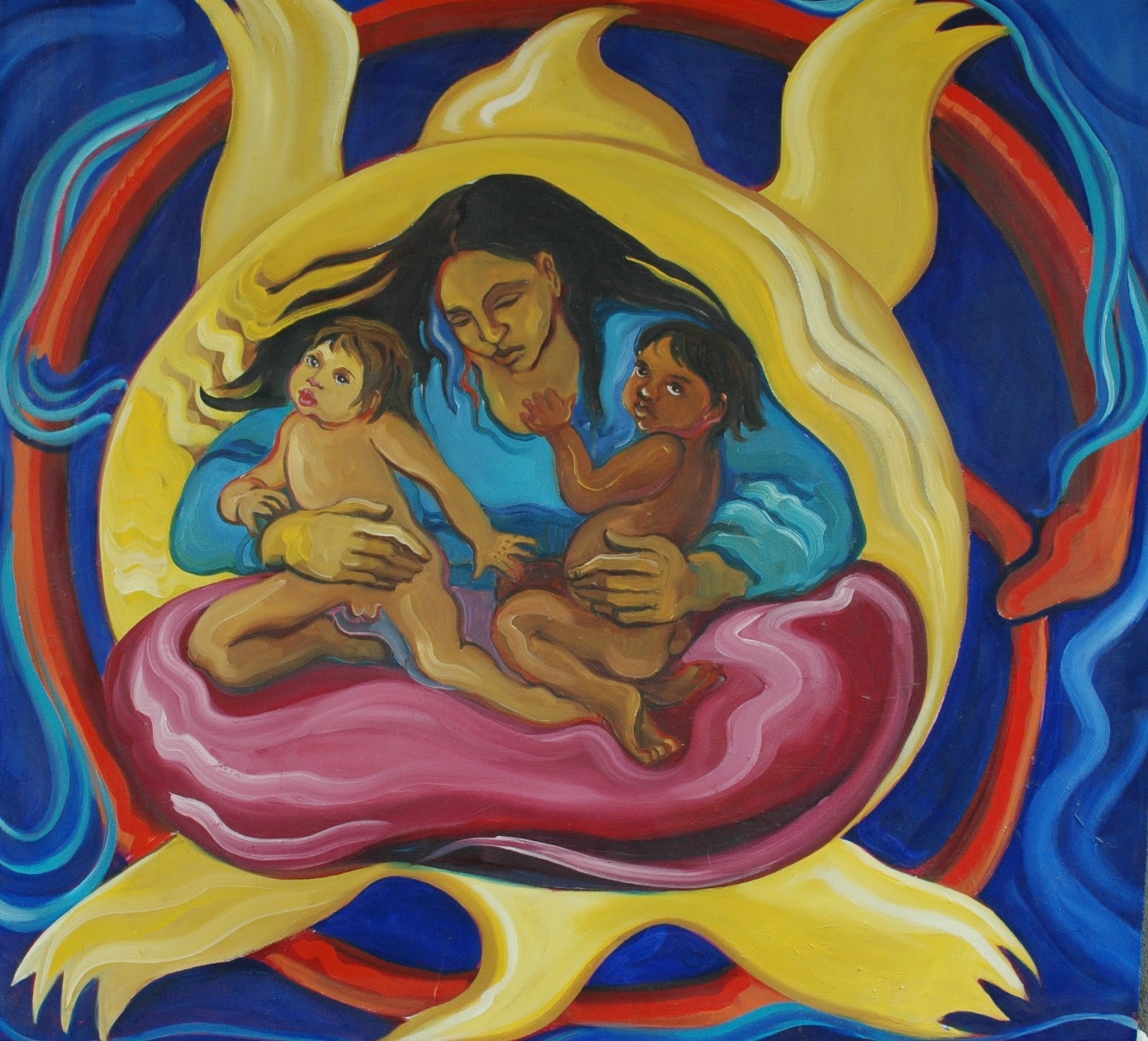 Spirit Women Stories
"The Woman who fell from the Sky" Iroquois Creation story
There are thousands of stories that explain who the world began, as many as the diverse cultures of the world. There are commonalities in all, water or the abyss, we begin in darkness and water. As human beings emerge usually after the earth is formed and animal wildlife exists, the stories can part in interpretation. The Judeo-Christian belief finds fault the female, even though she brings about modern life. And the Tree of Life common, in so many stories, forgets that the roots are from ancient female lineage. Forgotten also is An/Ana, male and female duality; and Inanna, their sacred daughter.
The most ancient story, predating the garden of Eden, is of Tiamat of the mid-east. She'll follow in another blog because she deserves her own discussion...
The Skywoman story is reflective of the duality myths. But just as the Iroquois (Onondaga, Seneca, Mohawk, Tuscarora, Oneida, Cayuga; together they call themselves the Haudenosaunee)  love to expand on the human gift of explaining the world and promoting understanding; their original tales are complex and meaningful.  The Great Tree of Peace is the direct descendant of the "Tree of Life" and remains central to their culture to this day.
Her story, The Skywoman, begins in the skyworld. From this beautiful place, a young woman pregnant with twins,  fell into the abyss to land on the back of the turtle. Her body became the earth;
her twins, nurtured by the divine grandmother, created the world as we know it with their dynamics of oppositional dialectics. They call the world, "Turtle Island".
See this story in "Skywoman" by Joanne Shenandoah and Doug George, illustrated by the wonderful Mohawk artist( and my long time friend), John Fadden.
More Spirit Women Stories and their roles in the Creation of the world follow in new blogs.