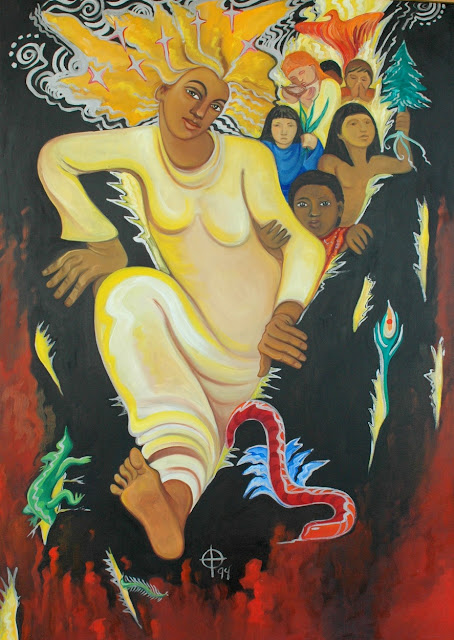 “Women are breaking through the bitter darkness,

The continued destruction of indigenous cultures, spirituality, languages;
The extinction of species;

Poisoning of the planet.

Women need to come forward to rebalance the forces of life with the children of the world. May we will speak in one unified multicultural voice of peace, preservation and protection.

And we will break through....”

Posted by Toni Truesdale at 11:55 AM No comments: 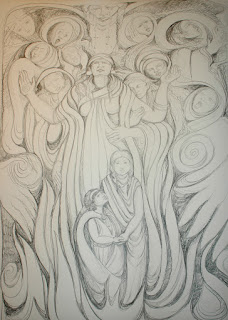 Women of Troy
by Toni Truesdale

If we could relook at recorded history
We might see violence in actuality
For war was never an anomaly
But an established heritage.

Atmospheric metaphors of
Bloody aggression
Fill archaic epics of tragedy
Words describe vivid exploits of blood
Weigh in simplistic heroic glory
Subtle crafting of patriarchal theology
Create the continuing spiral
Oppression of all living things., esp. femininity.
Destroys the “other”
Vilifying victims.
Who, in turn, rise up in eventuality
The mimicry learned
To terrorize too, in
The cycles of destruction

Could we see the futility of male conquest and beyond
Through the eyes of women?
Who see immediately the true cost of forceful power.


And reverse the emulation of annihilation
Posted by Toni Truesdale at 8:28 AM No comments: