The Sacred Feminine
(for my daughter and her daughter)

“The Madonna”
by Toni Truesdale

The beautiful dark Madonna comes down to us
Through time, from the beginning.
She has many names: Ana, Tiamat, Isis, Cybele,
Demeter, Sheba, Mary Magdalene,
Mary, mother of Christ,
Maya, mother of Buddha,
Fatima, daughter of Mohammed,
Nana Bakula, Spider Woman, First Woman,
Parvati, Oxum, Corn Maiden, Eurzuli,
Oya, Morrigan, Ishtar,Tara, Gaia, Saule, Amaterasu,
Coatlicue, Nerthus Eve...
She is of the earth and the sky;
She is our mother and our mother’s mother, and so on
To the very first spark of life,
She is always
The Great Mother.
She is us. We are she. 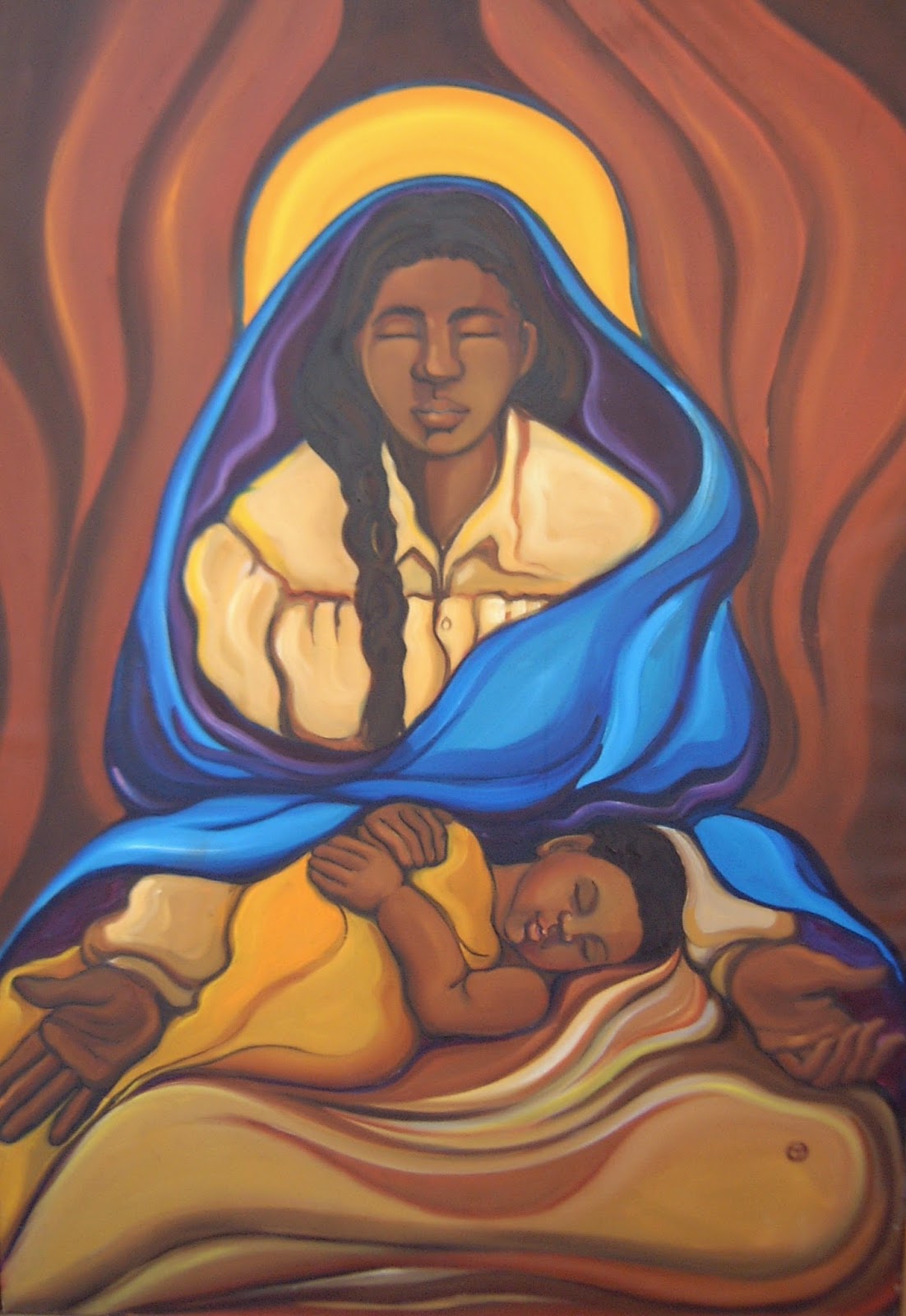 Posted by Toni Truesdale at 10:19 AM No comments: 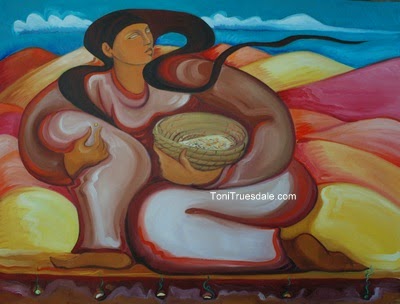 “Basket of Life”
by Toni Truesdale

The Indigenous people of the Americas developed many
Crops for their nutritional value, taste and durability;
Selectively, over hundreds of years.

Before contact, there were at least five hundred kinds of corn.
Varieties also of beans, squash. potatoes, chili and melons were cultivated
In gardens, often under the harshest of circumstances;
Stone was used as mulch, water directed and hoarded,
As desert water was directed into dry gardens, waffle, irrigated fields.
In the heights of Peruvian mountains, hundreds of types of produce
Were developed in the experimental terraced gardens,
Including a rainbow of  potato varieties.

Ancient seeds of beans long thought extinct,
Found in caches in the arid canyons of Cedar Mesa, have been re-cultivated.
The diversity of our food returns to become importance,
At the cusp of the disappearance of many varieties of fruits and vegetables;
Seed banks of native plants are now being stored.

So essential were the life-giving crops that many Creation Stories
Refer to the sacred women known as Three Sisters; Corn, Bean and Squash of the Iroquois and the Corn Maiden/Mother of the southwest.
In a traditional tale from Sky City, a divine sister holds  the “Basket of Life”,
Reminding us to preserve, in the cycle of seasons;
The rich diversity of our food for future generations.

Posted by Toni Truesdale at 7:38 AM No comments: