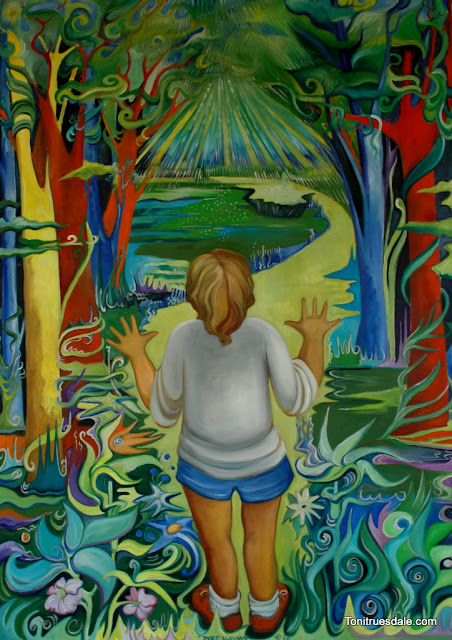 There was a place, and is there still;

Crumbling and cooling in the deepest shades cast by the sun.

The path runs through caverns and ruins

For the garden invites them into a magic game.

An invitation few adults would venture to accept

Into this abandoned and dangerous solitude.

I followed this strange path,

As a child I followed the path.

Lured by the magnet of abandoned trees with green apples

Left to rot under unpruned trees.

And the scent of honeysuckle.

Hardly mirroring my face as I searched for little fish, tadpoles and lilies.

I was awed and avoided him gingerly.

Athena minus a limb or two presided with authority.

Pan guarded the entrance of a tiny tunnel,

That one small child could enter fearfully.

Yet, spirits seemed to hover indulgently,

Keeping safe the wandering children attracted into the sweet solitude.

My favorite entrance was to sneak around the big stone gatehouses;

To dance by the bluebells

Into a cavern, dark and scary;

Once brick oven set with steps that led up into

Surrounded by the stories of ancient statuary.

I always went that way.

A small white temple by the Brandywine

Was perched on the river’s edge;

On the falls that connected to the millrun.

For there was an island on our side of the river

That had its own path to that point.

I would dangle my toes into the water on either side

Watching the patterns form from

Rippling, swirling endlessly around the rocks molded by the waters.

I would play for solitary hours,

Perhaps those ghosts of those that died before

I wondered as a girl

If the river would know me later.

So intimate were we.

For time was insignificant here.

So, when I dreamed of the iron bridge many times;

I had to cross back, as a woman

And return to the garden of secrets.

I stole into it again and again

To find the same path as my girl child;

To put again my feet on familiar trails,

That years made more tangled than before.

I reclaimed the child;

So pure in spirit,

Yet aware with all senses

Of what was before;

In this special timeless space;

Posted by Toni Truesdale at 7:45 AM No comments:

We will dance a circle around our Earth 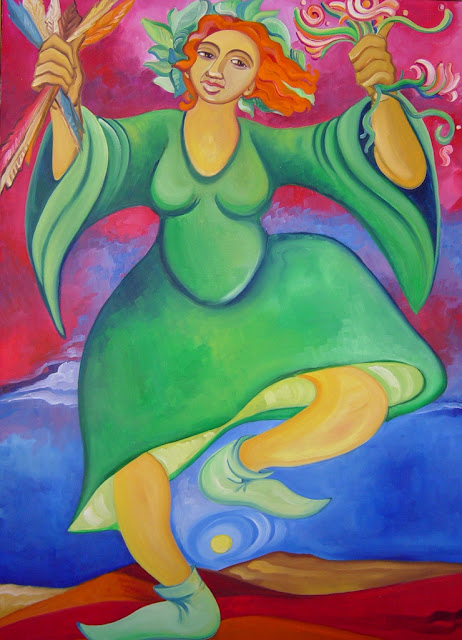 In celebration, many folk people,

Spring welcome to the earth for sustaining life.

The paths set by ancestors;

Back to the ways of original instructions,

Brought by intermediaries between the Creator and humans.

Dancers are seen in the first art on stones;

For reverence is shown the rhythm of prayer, ritual and dance

All over the world.

Posted by Toni Truesdale at 8:20 AM No comments:

To the new holocaust.

I mark the passing death; each day, every minute.

I bear witness to the innocents,

Humans of the Americas

I bear witness to

The global grief of the missing ones loved.

So many tears, a miasma of silent suffering.

To the indifference of the powerful

The vindictiveness of willful neglect

The turning away, blindly, deafly; so not to see.

And, those that bear the dangerous task of saving some lives from

To the many afraid to look

Into the eyes of the city

Into the tears of the plains…

Those forced to work in poisonous places,

There are those that refuse see the fear in each protective parent.

I bear witness to those demanding human sacrifice, again

For an impotent, greedy false god.

I bear witness as do you.

Posted by Toni Truesdale at 9:28 AM No comments: