Calling all Healers to join together to save our Planet Earth 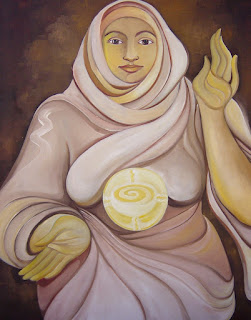 
The archaic texts of the ancients


Allude to the talents of women:


The Oracles of the past were


Connected to groves, grottos and caves


Sacred to the feminine since creation.


They spoke in the language of poetry,


Back to the beginning...


They reach out to us now.


These talents were always to be shared in communities


Today we are called now to use these inherited gifts


To help heal the Earth;


From one Wise Woman to another, across cultures.

Posted by Toni Truesdale at 7:47 AM No comments:

This Thanksgiving thank the Indigenous Farmers 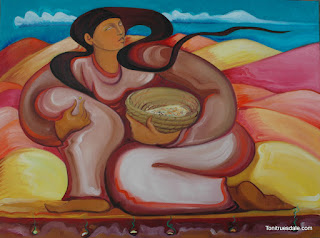 
The indigenous people of the Americas developed


Crops for their nutritional value, taste and durability; taking hundreds of Years of botanical experiments.


Developed were at least five hundred kinds of corn.


Gardens, often under the harshest of circumstances, produced the foods That would eventually feed the world.


Stone was used as mulch, water directed and hoarded.


As the desert was hoed into waffle gardens, mists were used as irrigation


In the heights of Peruvian mountains; where hundreds of types of produce


Were developed in the experimental terraced gardens.


Been found in caches in the arid canyons of Cedar Mesa, and regrown.


The diversity of our food returns to importance;


At the cusp of the disappearance of many varieties of fruits and vegetables.


So important were the life-giving crops that many


Traditional Indigenous stories refer to them;


Sacred women who are the Three Sisters;


Corn, Bean and Squash of the Northeast;


Corn Maiden/Mother of the Southwest.


As in the Creation tale from Sky City, Acoma, a divine sister holds


A Basket of Life reminding us to preserve,


The rich diversity of our food for future generations. 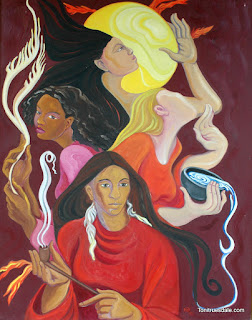 “The Clans of Time”


Aunts and Cousins of the Four Races


Bring life not only to the generations,


but gifts of the spirit as well.


They nurture and guide, teach, and love.


Through these women, life continues…


The offerings of the female are without measure.


So, to them, and all the generations before and the ones to come,


Posted by Toni Truesdale at 6:02 AM No comments: