Exerpts from "Women and Power" 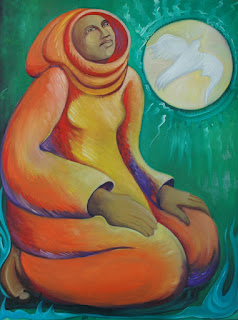 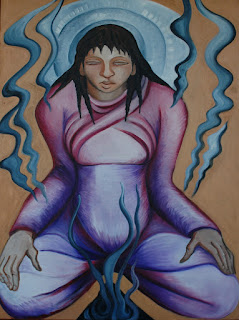 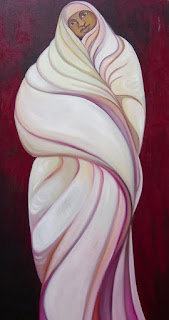 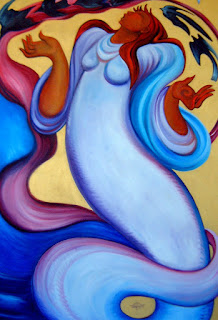 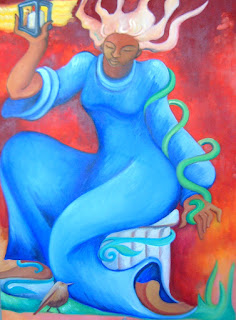 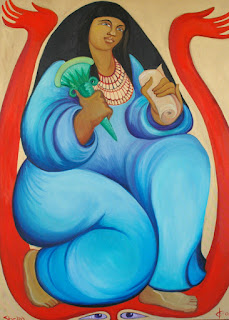 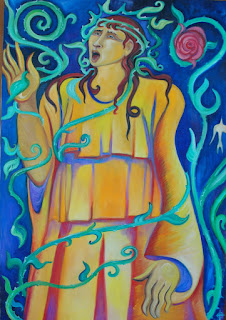 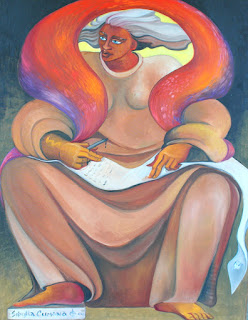 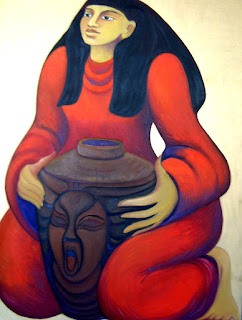 The echoes of our Earth Mother’s song resound through time. The voice was passed from generation to generation, woman to woman for centuries. Beginning in this presentation are the legendary oracles called Sibyls. There were thirteen associated with place from Thebes (8 Thebes) to Cuma. (9 Cuma).

They often spoke in poetry or riddles and went through ecstatic traces[1] (10 Delphi 2). These ancient women were in Africa [2](11 Ammon), Greece, Italy (12 Samos), Palestine and Persia (13 Persia)). The sybils used a variety of techniques that foretold futures, resolved conflict or warned of impeding events. Some wrote on scrolls ( as in the Cumean Sybilline Books[3]), cast stones, bones, shells inhaled the vap

ors of the earth, went to inner worlds or read the flight of birds ( 14 Flight of Birds).  Dodona was one of the first sites were woman oracles were proclaimed divine (15 Dodona). Greek mythology tells us of Zeus marrying Dione and usurping control of her garden[4].