The Maroons of the Americas 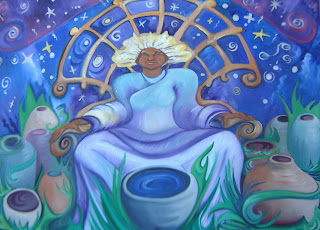 
The Maroon societies of the Americas and Caribbean established their own codes of political, spiritual and judicial systems. Often a mix of the many African tribes and American Indigenous, these diverse populations created “free states” within countries; and were comprised of native peoples, self-liberated slaves, free blacks and even poor white or runaway indentured servants.


Village Chiefs or captains where chosen in their unusually egalitarian governments. They were often organized into matrilineal social systems. Spiritual practices included divination, spirit possession, ancestor worship with intense dance rituals and deeply beautiful music lead by the drum. The variations of this are endless as are individual maroon populations.


The first recorded settlement in the Americas was in 1562. But throughout the 1600’s into the 18th century free societies existed in remote areas of Columbia, French Guiana, Jamaica, Surinam, Cuba, Puerto Rico and the Great Dismal Swamp as well as the Florida Seminole Nation. Most famous of all are the Quilombos of Brazil. Palmares of the rainforest evaded the brutal Portuguese for generations. The hero warrior Zumbi is now celebrated nationally.


The descendants survive today across the Americas and Caribbean often in still sovereign societies recognized by their nation governments.


Remember and celebrate their self-determined lives and historical heritage.


Say his name
Posted by Toni Truesdale at 9:50 AM