Reclaiming the Mythology of Female Power 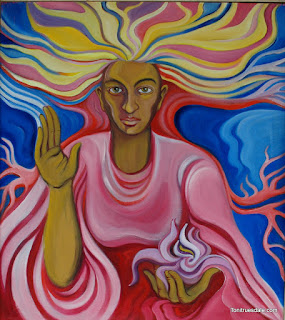 
Through the shadow of changing perspectives,


The Sphinx makes her reappearance.


Across centuries, from the ancient mideast,


Transforming mythology back into


Guardian of the Great Tree of Life


The sphinx has lived quietly in our genetic memory.


The demon monster that


Haunts the Oedipus of Sophocles,


Was just a mirror of


His own fear, fate and lustful destiny,


That set him on his careless path,


And left a legacy of misogyny;


Freud tried to explain the complexity


Of the male transferring blame


Instead of accepting responsibility.