In the beginning: Women in Creation 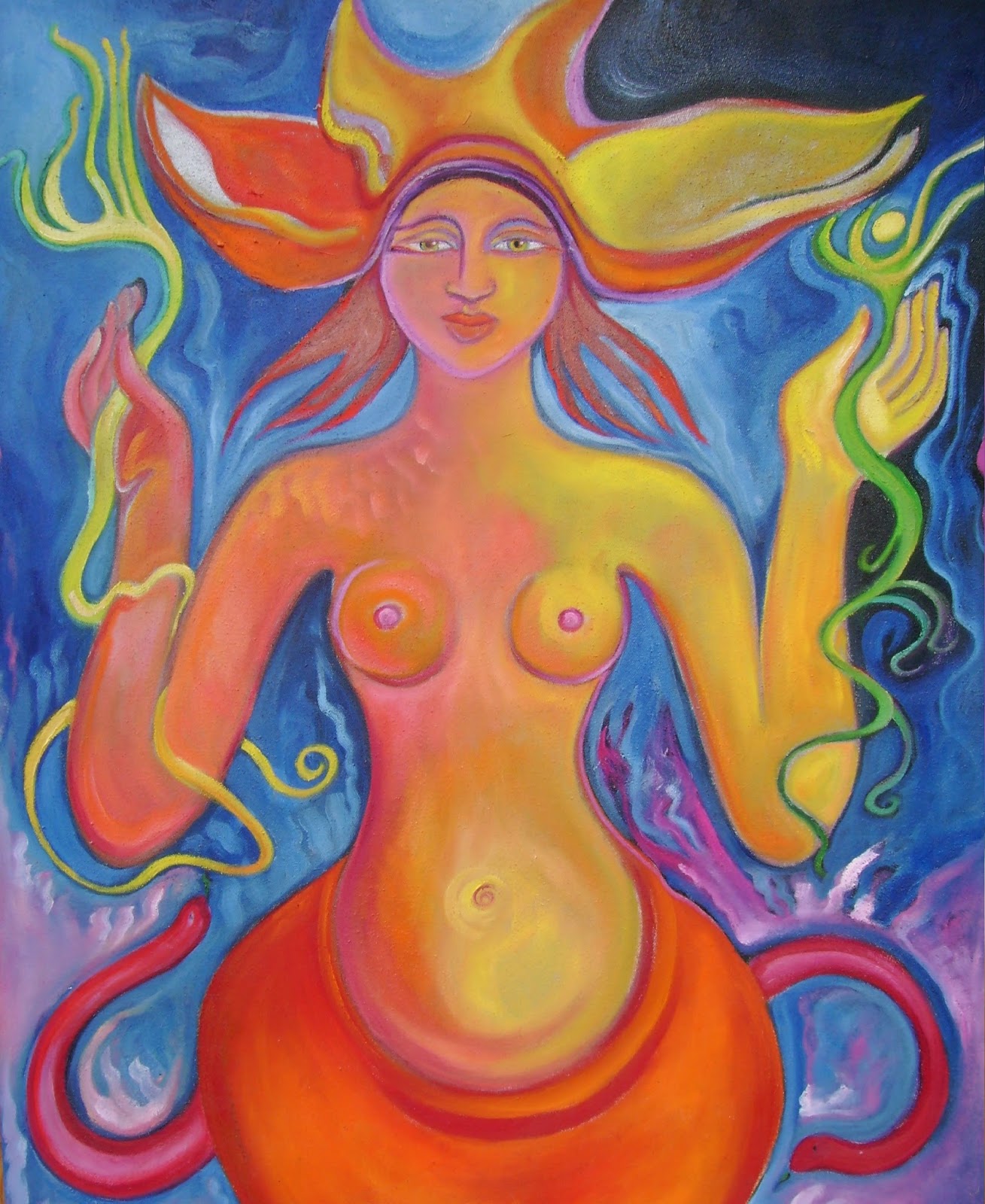 Tiamat. of the darkest sea of Creation.
Tiamat, of the abyss mixing waters;
The Creatrix vessel, the first
Body of heaven and earth
In the Babylonian beginning...
Tiamat, ancestress of the Biblical,
Alpha and Omega.
Damaged but not destroyed by the patriarchs;
Before the one in two;
Creator male/female: An/Ana
Whose divine daughter, Inanna, descended back into chaos
To establish sacred marriage rites,
Of equality in the ancient
Civilization of the Mesopotamian deltas.
They that revered small clay mothers
Set in every female house.
As Priestesses still spoke to the serpents
Close to the pulse of this sacred earth.
Creator Mother Tiamat’s beating heart,  as
Today we gaze up into to see again,

Posted by Toni Truesdale at 1:40 PM